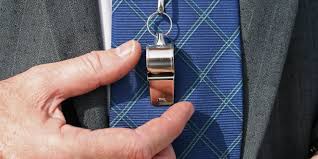 I have often pondered the difference between sports coaching and business coaching. In sports there are hundreds of thousands of coaches who are paid very little (except at the very top) while in business there are very few coaches and they are paid hundred’s of thousands!!

Sports coaching is generally free or minimal cost for the vast majority while business coaching is generally very expensive. However, the real issue is that sport players at all ages and standards seek out coaching while people in business avoid it like the plague. Yet, by definition, coaching is attempting to do the same in both contexts. It is moving the player or businessman towards a pre-determined goal. This goal has been agreed by both parties and should not only improve the players/businessman’s personal performance but contribute to improving the team or business performance.

I try to coach in both my sports and business environment. I think both areas have developed a lot over the years. I have been lucky that I have been given formal training in both fields but like all training it is only useful if applied correctly within the environment you are operating within. When I started sports coaching I used to do a lot of ‘telling’ players what to do. I shouted instructions, criticised, cajoled, encouraged but ultimately it was about me rather than the players. I have learned over the years that this approach has limited impact. A player will know when he has made a poor pass without me telling him. He knows when he has missed an easy chance or not picked up a runner at a corner. I was conditioned from an early age that this was coaching. My youth coaches made us all feel so small and the pressure seemed intense. Ultimately it was about them winning a plastic trophy to gratify their own ego. Nearly 40 years on from those early days, I now know better. I have read loads, studied the research and listened to loads of people I really respect in the game (you know who you are!). I have moved away from a ‘touchline commentator’ to a coach who puts the ownership with the players for their own learning and development. Ultimately, the only player who has control of their own development is the player. All we can do is be a catalyst for that development and hopefully assist in some small way to where that player ends up.

So let’s try and use some of this in business. We have all met the autocratic, ego-driven boss that loves to bang the table. As a manager will they get the best out of their people? Does the shouty touchline coach get the best out of his players? He might in the short-term but what are the long term effects on performance?

I believe sports have really embraced science as part of that development journey. Just look at the number of sports scientist and the use of data within sports. Even in the grassroots game, I watched a fantastic coach just count the amount of passes his players made. Why hasn’t business done the same. The tools are there to do it but are kept in the toolbag.

In conclusion, many of you will know that I am great advocate of development in our players and in business this should be no different. Therefore, think about the similarities between a win at all costs sports coach and a manager who is only interested in the bottom line profit. Both could be achieved quite easily. Think about it a bit, just play big, physical boys who will run over  teams and the manager who can cut his costs to the bone to achieve the same. This would be described by a mentor of mine as loss aversion rather than wealth creation. Yes, it is great to get a winning outcome but it is the upstream work in the process that will give you the required output. We need to focus and I mean really focus on the actions and behaviours within the process that will move us towards our goal. We might never reach our goal as a player or manager but just think how much you will grow working on the process. I think it was Gary Player who said the harder I practice, the luckier I get. Many have made similair quotes. I would like to add my own. ‘The harder I work at learning, the better opportunities are presented’

Finally I would love to see coaching wider spread within business and see two big areas of my life collide. There is so much to learn and share from both and both would benefit. I will continue to learn and pursue this goal. All I need now is a good coach!!!

One thought on “Spread the Learning”