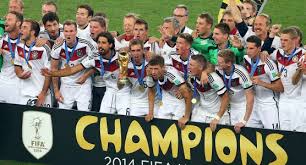 My good friend and old coaching partner has returned to his native land for the next year. Returning home to Germany has meant trying to find a local club for his son and our former DSC centre back, Sammy. He hopes to continue his footballing career on foreign soil and what a great chance to experience a very different football culture. He has now found a club with similar community values to our own at DSC. As part of his induction to the new club he was given a document which described the club and its philosophy. One sentence stood out for him which embraced the difference between our nations:

I remember suggesting something similar to an SFA official. They loved the idea and fully supported it but struggled to see a way that we could introduce it. I know other enlightened clubs who have complementary views with some leagues working on it as I write this.

Subsequently, this brought my thoughts to all the discussions surrounding street football. We look back at those days with rose tinted spectacles and, to be honest, I don’t think that environment will ever return. However, I would like to take some aspects from it and try to apply it in today’s culture. Back in the day, we spent most night’s and every chance we could playing both small and large sided games. My fondest memories were the ‘big side’ down the park. These could vary from  7 to 15-a-side. The great thing was that the games were always tight and the sides were picked evenly on ability (not age). Not only picking the teams this way but we adjusted them if a team got too far ahead. It was not unusual for the best player of the winning team to be moved over to the other side. So here’s some radical suggestions:

If we are to once again produce quality footballers, we really need to change the mentality from winning teams to developing footballers. This takes collaboration rather than competition between clubs. Can we work with other clubs as partners? I would love to see this but fear too many have their own self-interest at heart.

If (arguably) the world’s best footballing nation has this collaborative approach at grassroots level then why are we so arrogant to think it will never work in the UK?

“That which does not kill us makes us stronger”

Surely our football does not need to die before it gets stronger but I fear it is dying unless we take some radical action. It is time for ‘Das Reboot’

Postscript: As I was writing this post I received a scoreboard showing a 34-0 win from a Scottish Cup tie at u16 level. What good does this type of game do anyone? Welcome your thoughts?