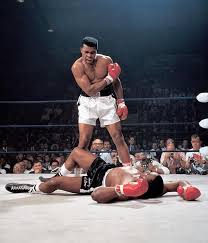 In my last blog post, I mentioned street football and how it is unlikely that we will return to those halcyon days. The post (Das Reboot) certainly created a lot of feedback with everyone supporting the position and even more giving examples where it all has gone wrong. Concerningly, I received the following four examples:

I am sure we can all give many more ‘war stories’ but the worrying thing is that not a week goes past without seeing some kind of dysfunctional behaviour to a lesser or greater extent.

For some reason, the above examples brought boxing into my conscious thoughts.

So I want to dig a little deeper.

I want to go even further back and try and work out how we have got to this position. I think football in the UK is following a very similar path to the journey boxing has taken. My early memories of boxing are of Scottish World champions like Ken Buchanan and Jim Watt. I can still recall Jim Watt winning the World title at the Glasgow Kelvin Hall. At the same time boxing had superstars like Roberto Duran, Sugar Ray Leonard, Marvin Hagler and Thomas ‘Hit Man’ Hearns all competing against each other as well as the legendary Muhammad Ali coming to the end of his career. So what does this all have to do with grassroots football? To be clear, I am not a boxing fan but all these names and memories are firmly stuck in my memory banks of being great days. Compared to now, I think I would struggle to name a boxing superstar except maybe Floyd Mayweather. So why do I use this example? I will use my Dad here who used to recite the tales of Walter McGowan (another Scottish world champion). Walter was from Burnbank, where my family came from. The majority were miners and tough as old boots. The thing was, at the time, boxing was a way out and boxers quite literally fought their way out. The place was awash with boxing gyms with many males spending their ‘leisure’ time in the boxing hall. Note, there were no fancy equipment at the time. A punchbag and speed ball if they were lucky. It was harsh but character forming. Boxers were therefore ‘made’ in these times as there were no other distractions.

Let’s roll on a few years and look at our football. Street football as I have discussed many times before had the same lack of distractions so we produced players like the Dalglish’s, Baxter’s and Jimmy Johnstone’s.

The common factor in producing world class footballers and boxers is that most came from a working class background and didn’t have a lot so all their focus was on one thing. They got hold of an old football or an old pair of boxing gloves and quite literally devoted their time to mastering their art.

So it looks like both of these sports have seen their best days but we can’t just accept this.

I admire the coaches who are trying to bring back street football. Guys like John Davies (@renegadestyle), Mark (@markproskills), Peter Prickett (@peterprickett) and Kieran Beech (@kireanproskills) who are doing a wonderful job in bringing these values back.

Alas, I think the world has changed and we are now trying to produce players from a more middle class background where there are so many other distractions and ‘helicopter parents’ to satisfy. I think this makes it even harder to produce talent. What I do know is that if we can try and create the right environment (and it will be different from the environment that I have talked about) then we might have a chance.

That new environment might just need more pitches (outside and indoor) where players can just play. The reason I think we may have a chance is two examples from this week. We have just inherited a new 3G pitch which we have fully booked each week night. The great thing is that there are always kids trying to steal a bit of the pitch to just play. These might be our kids who have just finished their session or local kids just wanting a kickabout. Also on Sunday, when it is pretty much not being used by clubs then the place is buzzing with kids just wanting to play. If we can harness this energy and realise we need to create different environments then we might have a chance of producing that elusive star ‘street player’

So what is the conclusion? Still a long way to go and learning lessons from boxing where they have now changed the boxing gym to become more attractive for people just wanting to keep fit. This might never produce a world champion but will succeed in gaining more interest in the sport. In football, we need to continually strive to increase interest and participation levels if we are to produce that ‘star player’ Let’s look about and see what other sports are doing to attract players.

It’s competitive out there.’ Round 1, DING DING’

One thought on “A Boxing Lesson”