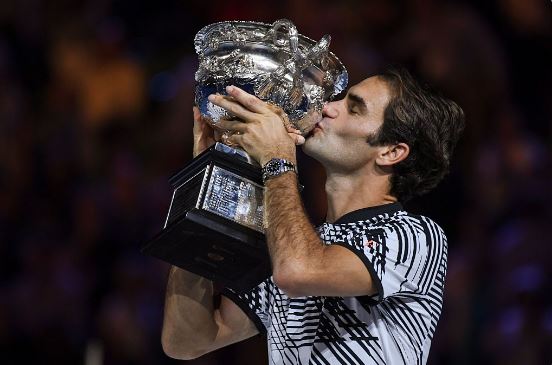 This is going to be short, out of absolute respect. Today I witnessed (as many others did) a true legend achieve what many thought couldn’t be done. Winning 18 Grand Slams is one thing but to do it with the skill, grace and humility really shows the gravitas of the man. There was one statement which really said it all for me:

“Tennis is a tough sport, there’s no draws but if there was I’d be happy to share it with Rafa tonight.”

Having battered each other for 5 sets and then to come out with this statement was awe-inspiring for me. Some will brush it aside but it is really deep and meaningful. I genuinely think he believed every word of it. Rafa was just as humble in defeat and is it is no wonder he has also 14 Grand Slams to his name. The big lesson. The guys at the very top, the very pinnacle of their sport have learned to control their ego and channel their work into being the best they possibly can be. They have had many setbacks along the way but it is how they deal with such setbacks which makes them the champions they are. They don’t complain, give up or blame others. No, they just dig deeper within themselves to be better.

So two legends, who you feel would walk off having the same respect for each other after the game no matter the result. Compare this to what I have seen in our GR game. Here are a handful of examples from my own experience which shows why we struggle so much and denigrates our beautiful game

Clearly we (coaches) have a long way to go to control our own ego. As Ghandi said ‘ Be the change you wish to see in the world’ No matter the result, we only ALL win when we develop players who have a passion for the game. It is their own drive which will take them where they want to go. It is called intrinsic motivation and it is far more effective than the extrinsic motivation that we try to provide for players.

Ghandi also practiced non-violent protest. He was constantly challenging the authorities until the change happened. Again another legend with no ego. It is funny that the true masters hold some universal truth’s which surely we must take something from. Inner belief in an non-egotistical manner is inspiring for me.

As coaches, how many of us would take a defeat and rejoice in our opponents better play? Just ask yourself how it feels the next time it happens? No matter how enlightened you feel, I guarantee this will be difficult but like any habit, keep practicing. You will know you have control of your ego when you genuinely feel for your opponent. Just like Roger you will then be in a class of your own.